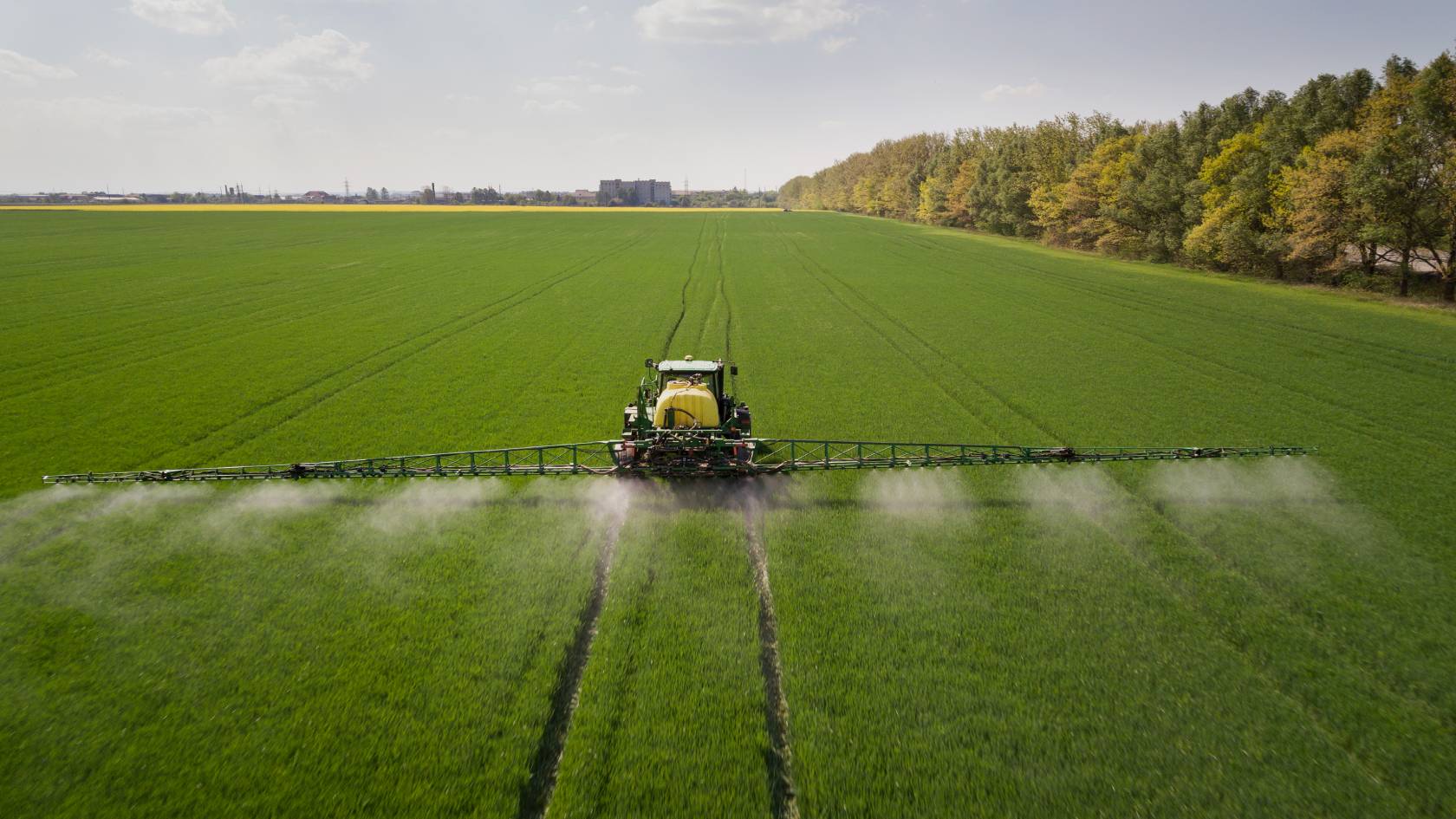 In this article, we will explain the main characteristics of the crop and the area that need to be considered in order to have an accurate and effective agricultural prescription.

This is one of the main aspects that might give the agronomist a false idea that the crop has some sort of illness, and therefore, the first one that needs to be discarded.

In order to do that, it is important to understand many characteristics of the area, including its history, its soil, precipitation values and so on. Also, a visual way to differ a disease from a nutrient deficiency is to see if the symptoms are concentrated in an area or if they are all over the field. Nutrient deficiencies are often related to the soil, the fertilizer applied or the rain and consequently, its signs can be seen throughout the whole field, whereas diseases are caused by external agents initially in specific parts of the field. Furthermore, if a crop is lacking a nutrient, the signs of deficiency are shown in the plants in a symmetric way and following a gradient, which won’t be seen in case of sickness.

Not to forget, the most accurate way to discard nutritional problems is by running tests, that can either be on the soil or leaf. With i-Plant Nutrition, you get an instant evaluation of the crop’s nutrient status and detect eventual deficiencies simply by uploading these tests to the system.

Constant rain, droughts, intense winds, frost, hail, too much or too little sun exposure, are all-natural weather conditions that can have a major effect on crops. They can confuse farmers and agronomists with signs that are quite similar to health issues that actually require agrochemical application as well as they can act in favour of pests’ appearance, and also fungi, bacteria and virus’s establishment. Too much rain for example might cause the root to rot, leading to weak and wilt plants which cannot be solved by the use of pesticides, but at the same time, might act as a vector for some bacteria or create an ideal environment for fungus and consequently require chemical treatment.


Therefore, to be sure whether or not to start with an agrochemical treatment, it is essential to understand the climate conditions on the field, be alert to signs of injury, and to know the history of the area regarding previous pests’ infestations, diseases or weather phenomena. This type of knowledge can also prevent impairment, for instance, if the area has a history of frost every year around the same time, the farmer could be prepared in advance and cover the crop around that time, reducing damage.

Once nutritional deficiency and climate-related injuries were ruled out and the history of the field is known, the next step is to detect what is harming the crop. It can either be a pest infestation, bacterial, viral or fungal diseases, weeds, nematodes, etc.

Closely monitoring the field is the best way to detect plant injuries, and detecting a problem soon provides the best chances of solving it. The Vultus feature in our software might make that task easier by generating maps on plant health through satellite imagery that will guide the farmer or agronomist directly to the areas that need more attention, and not waste so much time having to walk all over the field looking for signs of harm. Try this feature by subscribing to the software here! (Link to software subscription/prices)

Sometimes, preliminary measures can be taken in order to avoid crop damage. For example, if a field has a history of weeds, the application of pre-emergence herbicides can prevent weeds from growing and draining nutrients that were supposed to be used by the crop. Or, if the farm neighbour that grows the same crop as you has told you that his crop is showing signs of rust disease, it might be advisable to apply fungicides to your crop before the wind brings fungal spores to the yield and contaminates all the plants. Moreover, if the area’s antecedents show a predisposition to certain diseases, the use of a tolerant variety for instance can prevent a massive problem during the crop’s cycle.

Unfortunately, other times the only way to detect plant problems is by noticing its signs once it has already affected the crop. Whether it is by actually seeing the pest or its eggs, disease symptoms or weed sprouts, as soon as a red flag is raised, it is important to gather as much information on the situation as possible. To illustrate, if a pest infestation is detected, it is important to confirm the species, its growing stage and favourable development conditions so the professional who is applying the pesticide can decide the best fit for that specific situation and that specific crop, and also recommend biological treatments or other forms of integrated pesticide management. However, sometimes insects can be seen on the crop and if not correctly identified, be treated as a pest, when they are actually beneficial species that act on controlling pests, so getting rid of them, besides wasting resources, will be detrimental for the crops’ wellbeing.

Lastly, before using any type of agricultural defensive agent, the person in charge of the application needs to be informed regarding the product itself and the best way to apply it. From its phytotoxicity, drift tendency, selectivity, action mechanism, to its residual power, and the resistance pests have to it, it all has a significant influence on how and when it should be applied and how well will it work.

If you would like more information on this matter, keep following the articles we post here and our social media!


Preview: When a plant starts showing signs of illness, it could mean many things, from environmental stress, to nutritional deficiency, competition with other plants, pests, bacterial, fungus or viral diseases. So, it is up to the agronomist, or the person in charge of the crop, to act as a doctor and follow all the steps before prescribing any agricultural defensive agents.

Latest articles How to grow melon Types of irrigation systems Genetic improvement of tomato plants The importance of fallow periods for soybeans How to grow oranges How to grow plums How to grow lemons How to grow strawberries How to grow raspberries Climate change impacts on global agriculture Citrus pests, diseases and disorders berries pests, diseases and disorders Plums pests and diseases Leaf vegetable pests and diseases Dealing with gray mold What to consider when writing an agricultural prescription Acidic Fertilizers Boron Fertilizer Calcium Fertilizer Less popular does not mean less important: chlorophylls and carotenoids Coffee Field Spacing Corn Pests Dry beans pests Fertigation Foliar Fertilization Garlic pests and diseases Gypsum in Agriculture How soil characteristics affect irrigation HOW TO CORRECTLY COLLECT SOIL SAMPLES How to grow garlic Learn More About How To Grow Passion Fruit How To Grow Rapeseed How to grow soybean How to Get Rid Of The Sugarcane Borer Integrated Pest Management In Leaf Vegetables Key coffee pests Nuntrient Path: From Fertilizer To The Leaves Orchid Fertilizer Overwatering your crops Photoperiodism Relative Humidity Remote Sensing In Agricultural Soil characteristics and their relation with micronutrients availability Soybean pests and diseases Sub-irrigation in Greenhouses The Number One Disease Of Cash Crops Types of fertilization Using analyts and catholyte in agriculture Visual diagnosis of nutrient deficiency Ways of nitrogen fixation What You Need To Know About Dry Beans Wheat: Pests, Diseases and Disorders Using an app to use resources more efficiently Five things you must know about using urea fertilizers