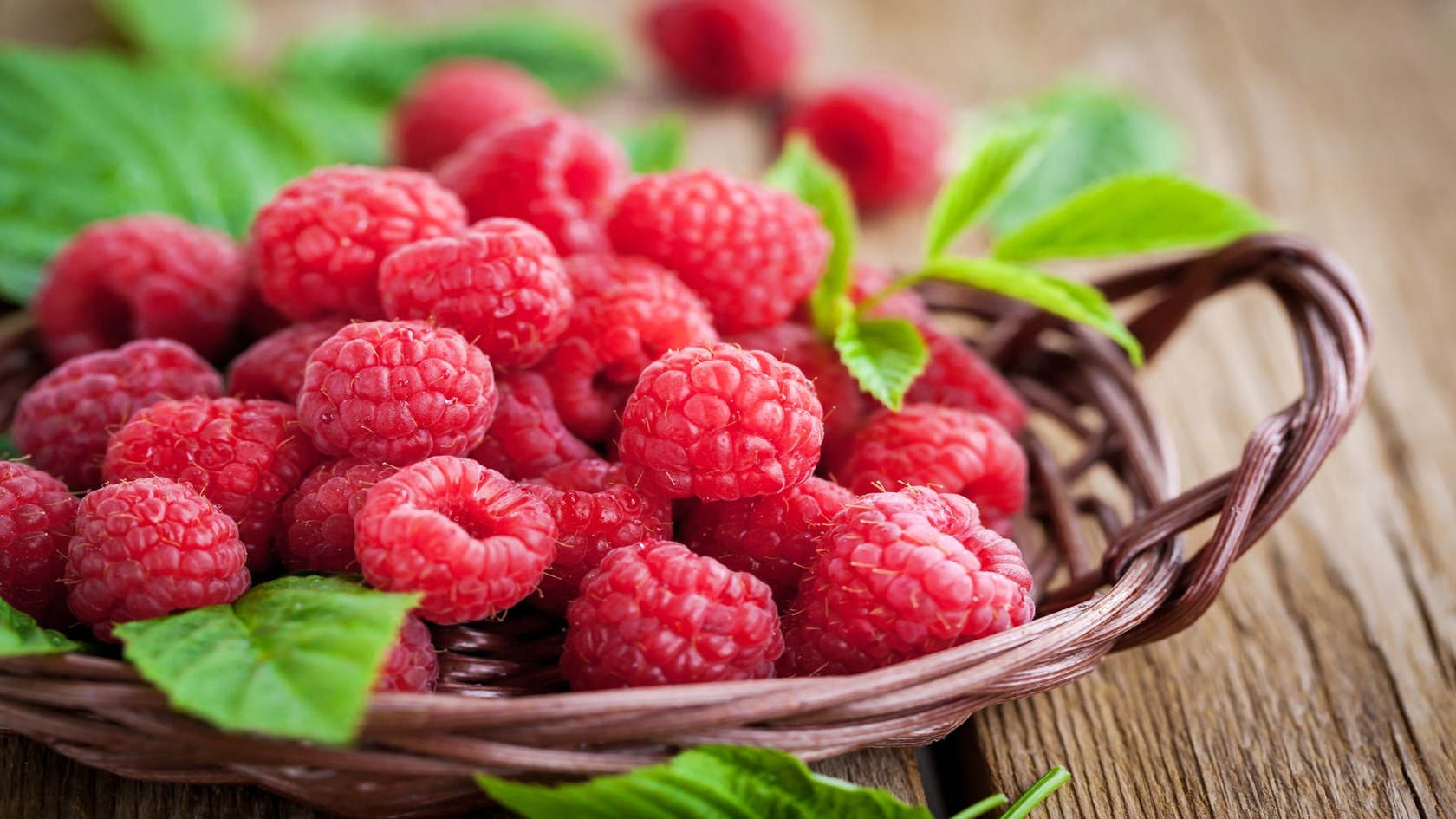 Every year raspberry canes must be rooted out and new shoots will form the next generation. What other characteristics does this crop have? What minimum temperature do you think it can resist? Discover the most interesting information about this species and learn how to obtain the greatest benefits, with the optimal edaphoclimatic preferences and the application of a fertilization program that you will find in i-Plant Nutrition. 1. LEARN MORE ABOUT THIS PLANT Raspberries are plants in the genus Rubus. But, are they all the same? Actually, even if in eastern North America the black raspberry is widely cultivated, the most common variety extended is the red fruits Rubus idaeus. These fruits are highly appreciated because of their sweet and sour taste and their nutritional qualities. Raspberries were considered a high-quality fruit since ancient times. It is thought that this crop started in Greece. From there it spread to Italy, the Netherlands, England and then North America. In 2000, 84% of the total world production was obtained in the European continent.

From this plant, the main marketed part is the fruit, which consists of individual small and conical units, with a base that does not exceed 20 centimetres in diameter. The skin that covers them is very thin and has a pleasant velvety texture. Like strawberries, what we consider fruits are in fact a group of fruits. In this case, it is a group of drupe-type fruits, forming what we call polydrupes. 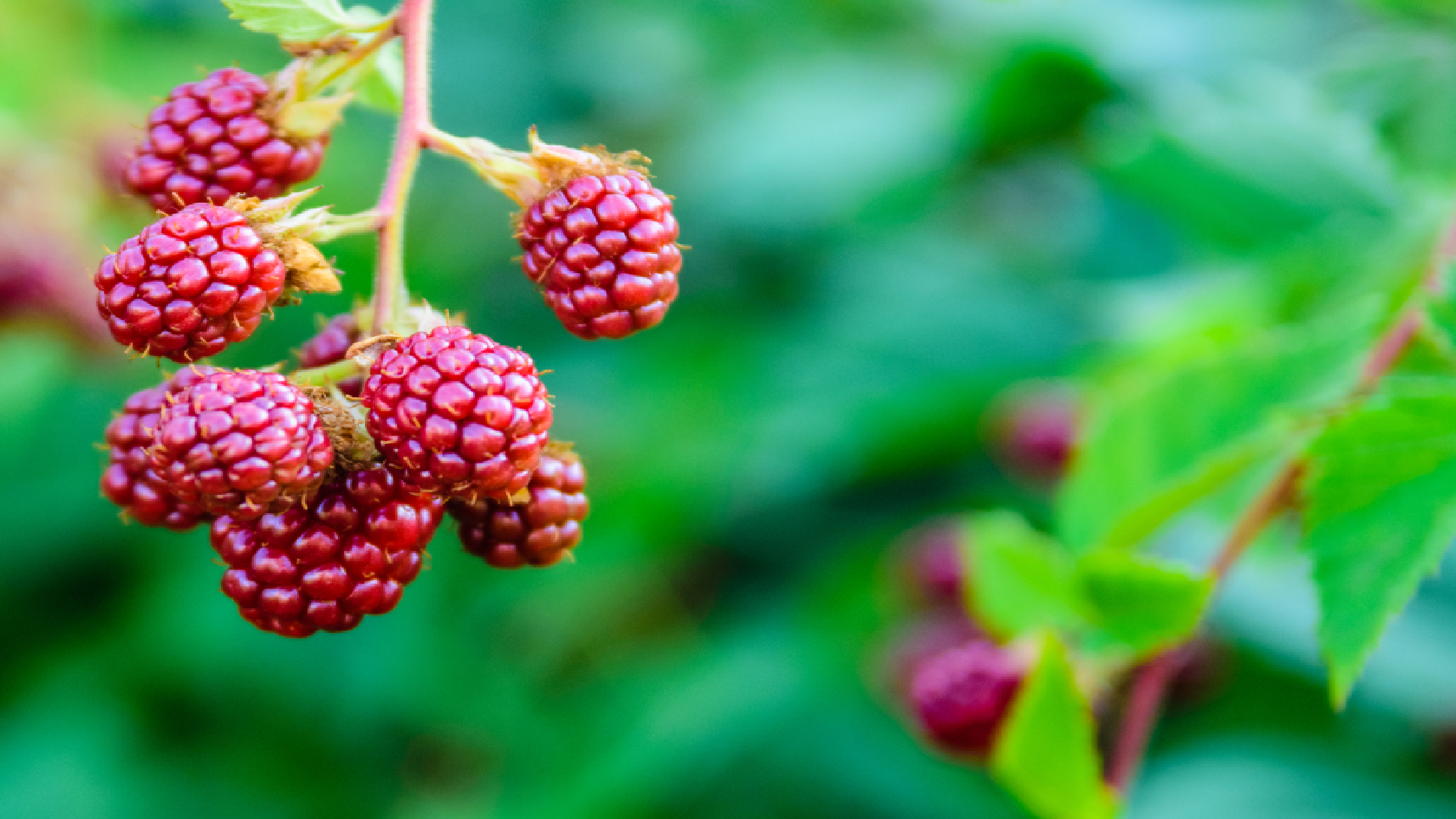 Although its use in the places of origin is ancestral, at present the commercialization of dried raspberry leaves for infusions is more widespread. It is mainly since is known that the drink obtained from this brew is rich in iron, vitamins C and E, calcium, potassium, minerals and folic acid.

This is a plant that forms a shrub, formed by biannual rods that are maintained in a perennial way by the formation of nevi shoots, from adventitious buds of rhizomes and roots. The main type of multiplication for its cultivation is by suckers of rooted shoots, which begin to appear at the beginning of warm periods of the year, since it is the simplest way to multiply it. Seed multiplication is used exclusively in hybridization programs. 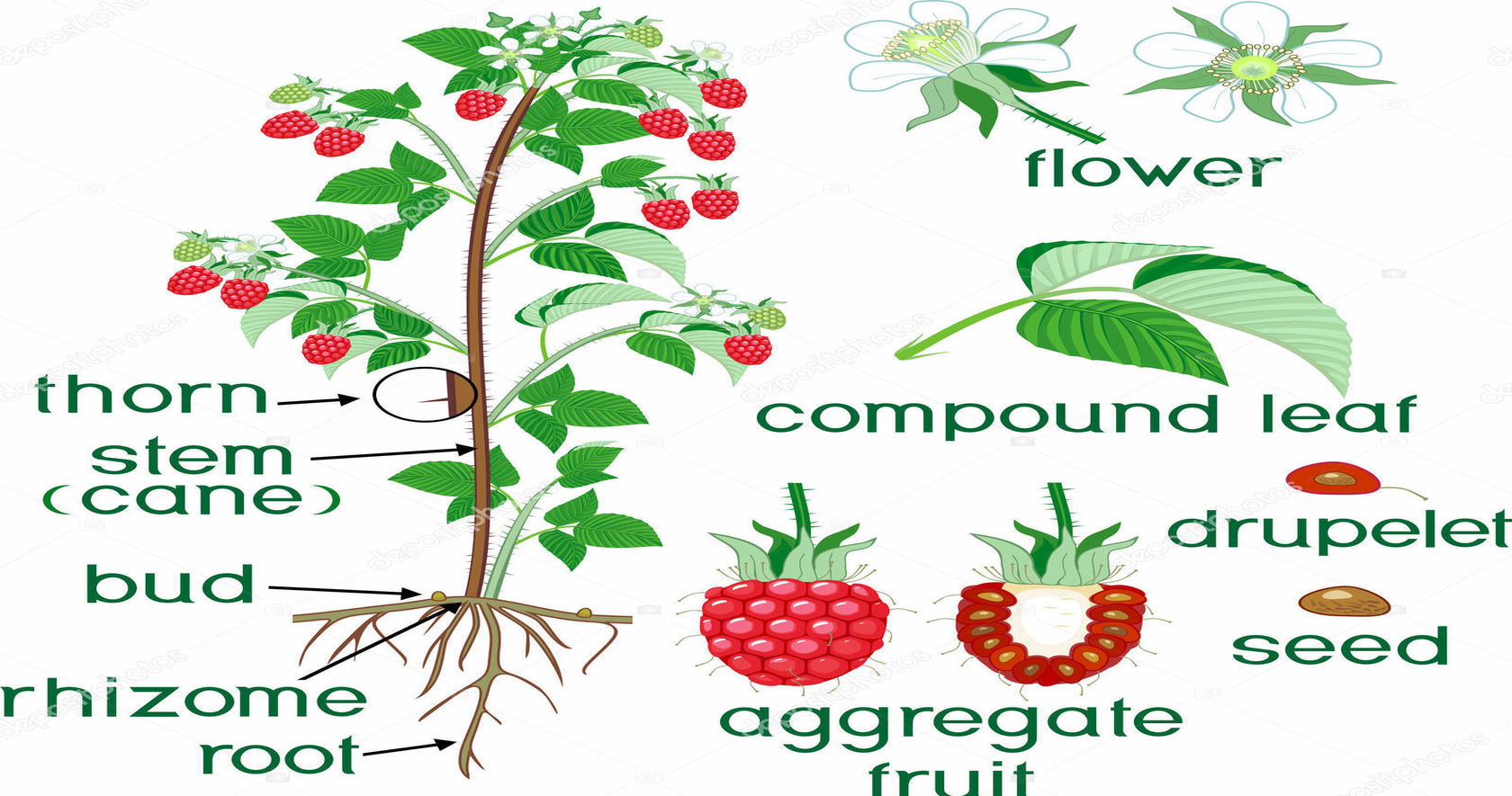 2. Edaphoclimatic requirements For proper growth of these plants, the fact that the soil is well-drained is crucial, as raspberries are susceptible to root rot. Avoid having accumulations of water in its roots but make sure that the substrate is moist at all times. In addition to being well-drained, raspberries have a preference for a pH between 5.5 and 6.5. If you want to increase productivity, correct fertilization is recommended, for which you can find a personalized guide for you in i-Plant Nutrition software. One way to improve fertilization is the incorporation of organic compost that will also improve drainage. In addition, you can use a balanced fertilizer according to the terrain in which you have your plantation. We will do all the necessary calculations for you to proceed with an optimal fertilization plan.

It is recommended to prune the old canes, eliminating them completely at ground level. It let the plant use all of its resources for the nevi shoots, which will generate the next adult plant. The time of pruning is ideal to remove the weeds and squeeze the soil well.

In relation to light, they need at least six hours of sunlight a day. However, in colder times these plants have a peculiarity that distinguishes them from many species. It is capable of surviving frosts down to -37 degrees Celsius. The reaction of raspberries is lethargy, which can be broken when temperatures rise again later in the year. 3.Profitability Raspberries are one of the few fruits that are hardly bothered by pests and diseases. They are mainly attacked by spider mites and Japanese beetles when the temperatures are high (summer or dry season). Even if its canes present spines, medium-size mammals are tempted to eat them. About fungus, in wet periods, it can be infected by powdery mildew.

Following the recommended plant distance, you may grow about 6000 plants per hectare. Taking the data collected in 2017 as an example, a maximum yield of 31 tons per hectare can be estimated. That is why this crop is so recommended and beneficial for your farmer. However, to obtain a high production, remember that you can find the best recommendations at your fingertips in i-Plant Nutrition. 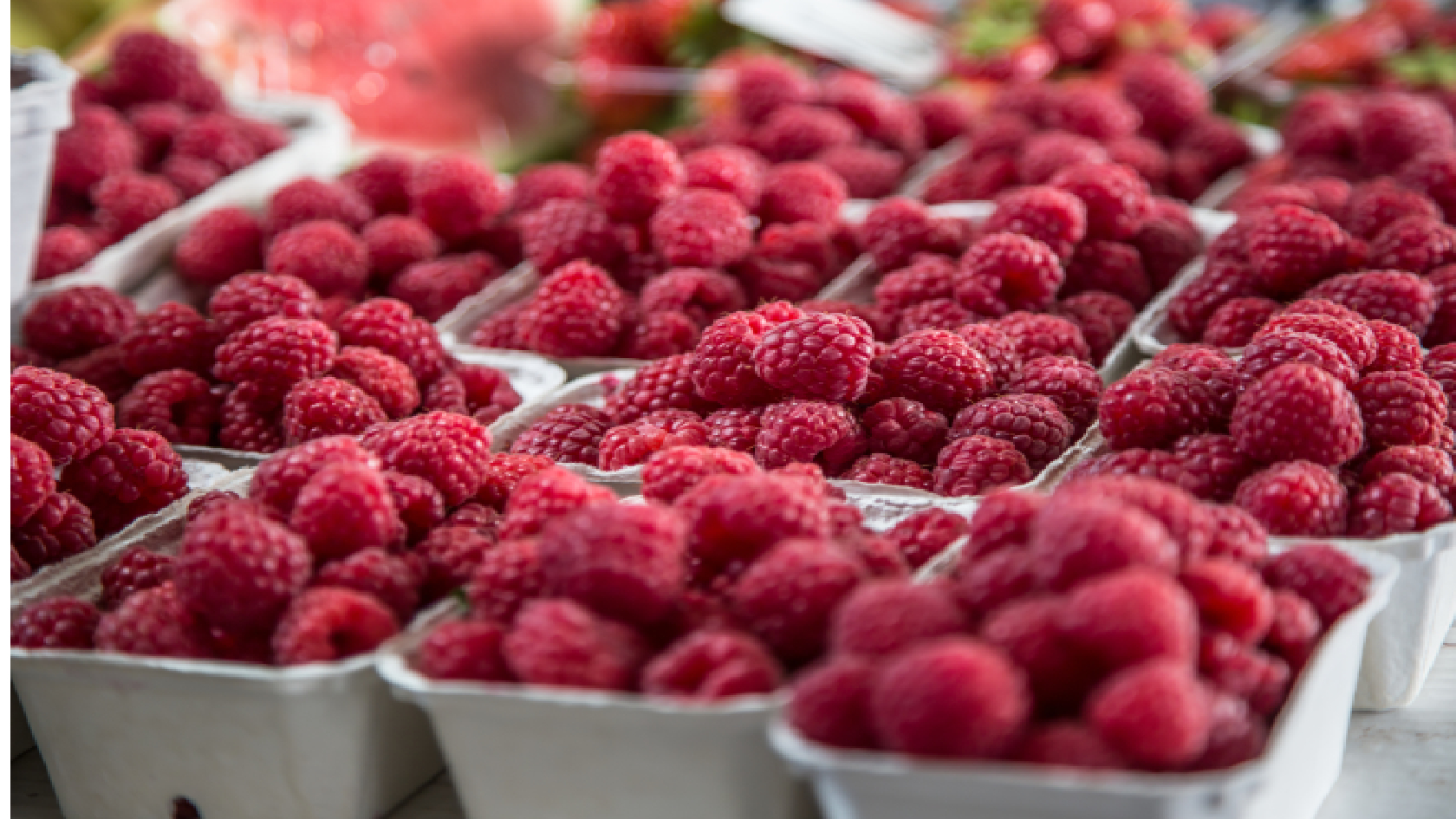 Latest articles How to grow melon Types of irrigation systems Genetic improvement of tomato plants The importance of fallow periods for soybeans How to grow oranges How to grow plums How to grow lemons How to grow strawberries How to grow raspberries Climate change impacts on global agriculture Citrus pests, diseases and disorders berries pests, diseases and disorders Plums pests and diseases Leaf vegetable pests and diseases Dealing with gray mold What to consider when writing an agricultural prescription Acidic Fertilizers Boron Fertilizer Calcium Fertilizer Less popular does not mean less important: chlorophylls and carotenoids Coffee Field Spacing Corn Pests Dry beans pests Fertigation Foliar Fertilization Garlic pests and diseases Gypsum in Agriculture How soil characteristics affect irrigation HOW TO CORRECTLY COLLECT SOIL SAMPLES How to grow garlic Learn More About How To Grow Passion Fruit How To Grow Rapeseed How to grow soybean How to Get Rid Of The Sugarcane Borer Integrated Pest Management In Leaf Vegetables Key coffee pests Nuntrient Path: From Fertilizer To The Leaves Orchid Fertilizer Overwatering your crops Photoperiodism Relative Humidity Remote Sensing In Agricultural Soil characteristics and their relation with micronutrients availability Soybean pests and diseases Sub-irrigation in Greenhouses The Number One Disease Of Cash Crops Types of fertilization Using analyts and catholyte in agriculture Visual diagnosis of nutrient deficiency Ways of nitrogen fixation What You Need To Know About Dry Beans Wheat: Pests, Diseases and Disorders Using an app to use resources more efficiently Five things you must know about using urea fertilizers