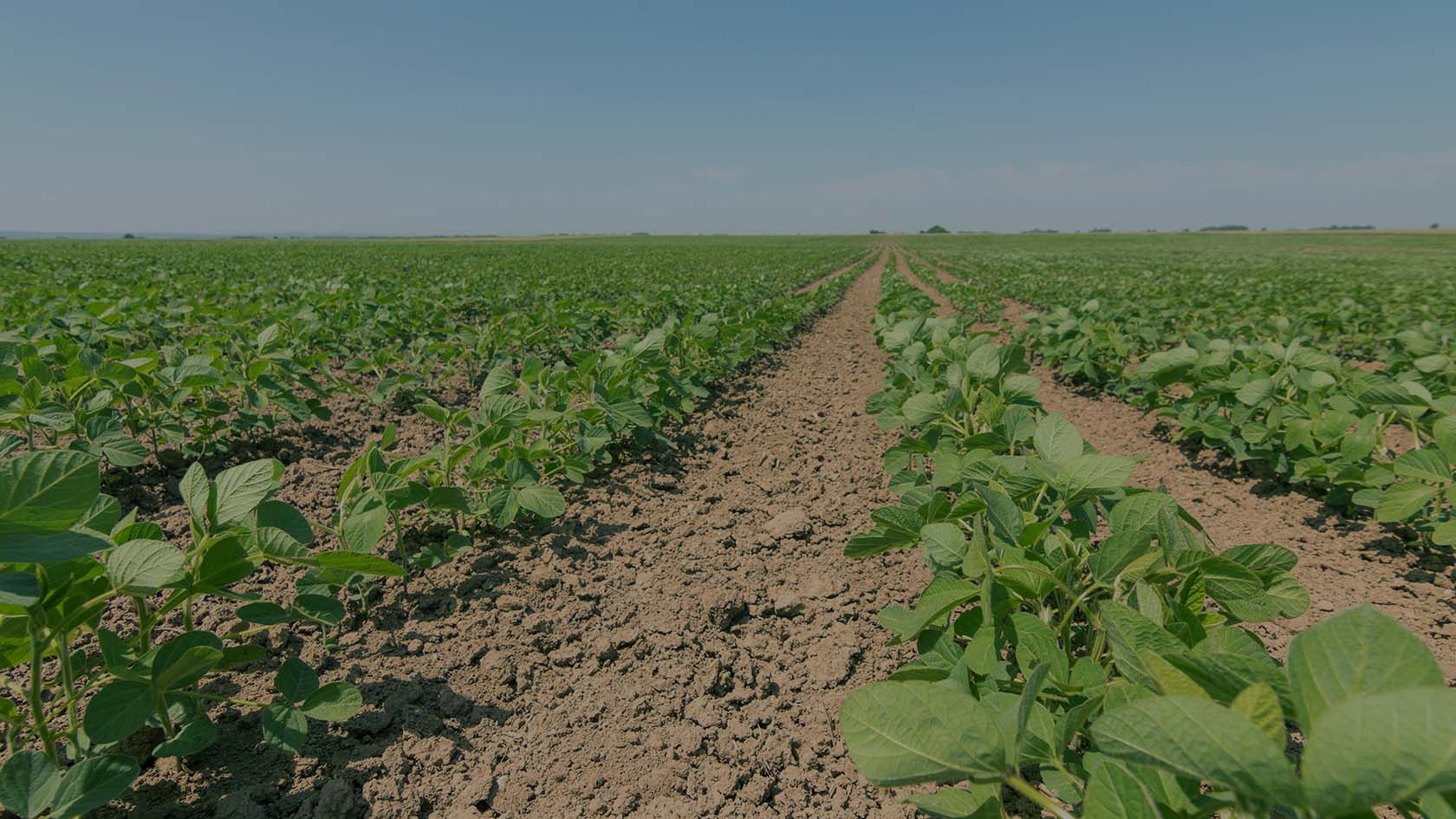 
The importance of fallow periods for soybeans

From a couple of decades to now, with the major economic development of emerging countries, people’s purchasing power has increased, and consequently has the food demand, especially for animal protein. For this reason, soybean has been one of the main commercial crops cultivated worldwide and has had a significant role in the economy of many countries.

Still and all, the prices paid for this commodity and received by the farmers don’t always follow the same growth rate as soybeans’ importance, mainly because it can be majorly influenced by numerous factors, such as economic and environmental ones. In this article, we will introduce one of the most critical “natural” factors that are responsible for compromising the soybean’s rentability and its primary solution – respectively, Asian Soybean Rust and fallowing of the field.

Soybean is also in i-Plant Nutrition database and can be selected for the creation of fertilization plans when using the software. Take a software tour here if you would like to know more about soybean fertilization and how our software can help you with it!

Fallow is an agricultural technique in which the field is left unplanted during the offseason, usually for 60 days. During which time, with reference to this legume, there can’t be any living soybean plants in the field, so the existing ones and even the volunteer plants have to be eradicated, aiming to reduce the inoculum of the causer of soybean rust, the fungi Phakopsora pachyrhizi, decreasing the disease’s incidence during the plant’s vegetative stage, when it is most prejudicial. In some countries, like Brazil, this method is mandatory for the majority of the states and can lead to expensive fines if not followed correctly. 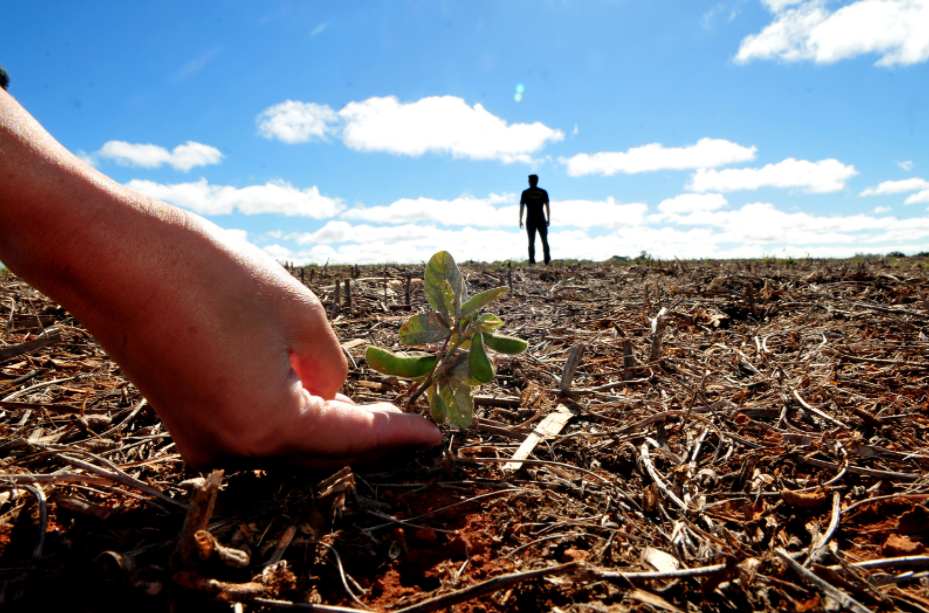 
Although soybean fields going fallow help avoid rust, there are many other advantages of practising such a system. Here we have listed a few of them.

During the fallow period, the land is left uncultivated, and with that, the soil can rest and regenerate, restoring its organic matter, retaining moisture-holding capacity, raising nitrogen and carbon levels as well as enabling the development of microorganisms that are beneficial for it. Its amount of nutrients can also be increased, since minerals won’t be consumed by plants, and can re-organize their disposition throughout the layers.

The offseason is a determining period for weeds, and correctly managing the area during this time it’s a great opportunity to eliminate these troublesome plants since it is possible to use higher doses of herbicides without the toxicity risk to the crop. This is also the ideal time to manage volunteer soybean plants, that can become hosts to the Phakopsora pachyrhizi and other causal agents of different diseases. Therefore, it is recommended to schedule herbicide application during the fallow period, in order to have a more powerful effect on weeds and less damage to the soybeans.

The bug Bemisia tabaci, popularly known as whitefly, can cause significant damage to the crop’s yield, once the excrement they leave on the bottom of the leaves facilitates the development of sooty mould, causing the leaf to fall off. To control this soybean polyphagous pest, it is necessary to clean the area, ensuring it won’t remain alive in any plants, and for that, a fallow period is the most effective choice.

This brutal disease, caused by the fungi Phakopsora pachyrhizi, is responsible for yield losses of up to 90% and to control it, more than 12% of the harvest’s costs is regarding fungicide’s purchase, that year after year become less effective due to the resistance of the pest towards it.

The rust symptoms can be seen on the leaves, with lesions starting in the lower canopy and progressing to petioles, pods and stems. With the progression of the disease, the small yellow spots enlarge the plant to lose its leaves and also lead to early maturation.

The following of a field that has had a history with Asian soybean rust is the best way to avoid it from happening again. By leaving the soil completely soybean free, the odds of the fungi (disseminated by the wind) infecting the crop drop significantly, once there is no more plant material that can host the spores and serve as inoculum. Also, leaving a soybean field uncultivated for a period is beneficial to the reduction of the resistance Phakopsora pachyrhizi acquires to most fungicides, because the number of applications and dosage necessary will progressively decrease, leading to more effective fertilizers and to a positive change in the farmers pocket, since one very big portion of his cost will be reduced. 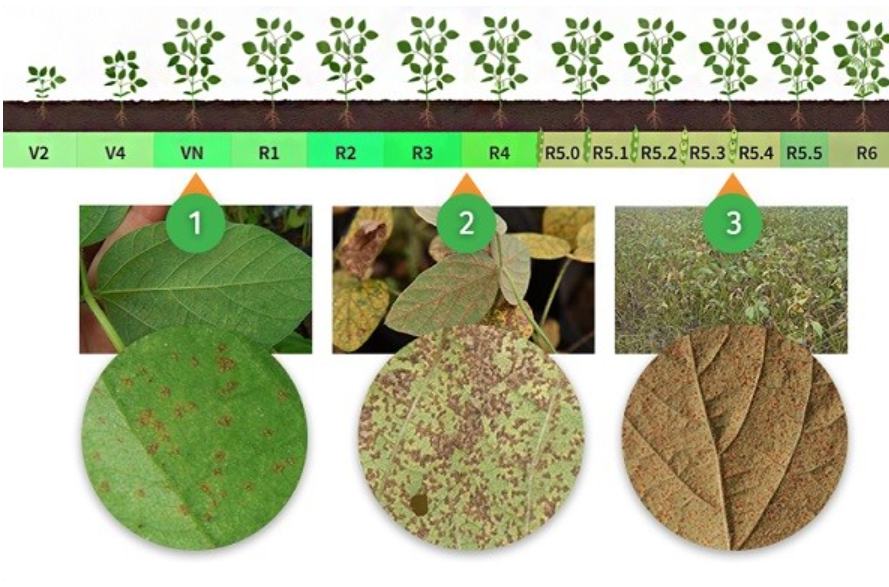 
As mentioned at the outset, the price paid to soybean growers alters due to many factors during the growing season, but there is one single practice that can avoid several setbacks, increase crop’s yield, improve the soil while helping farmers save money and profit more with the soybean sale, and that is fallowing!

Do you want to know more about how to increase your yields and save money at the same time? Check out i-Plant Nutrition!

Preview: As mentioned at the outset, the price paid to soybean growers alters due to many factors during the growing season, but there is one single practice that can avoid several setbacks, increase crop’s yield, improve the soil while helping farmers save money and profit more with the soybean sale, and that is fallowing! In this article, we will introduce one of the most critical “natural” factors that are responsible for compromising the soybean’s rentability and its primary solution.
Latest articles How to grow melon Types of irrigation systems Genetic improvement of tomato plants The importance of fallow periods for soybeans How to grow oranges How to grow plums How to grow lemons How to grow strawberries How to grow raspberries Climate change impacts on global agriculture Citrus pests, diseases and disorders berries pests, diseases and disorders Plums pests and diseases Leaf vegetable pests and diseases Dealing with gray mold What to consider when writing an agricultural prescription Acidic Fertilizers Boron Fertilizer Calcium Fertilizer Less popular does not mean less important: chlorophylls and carotenoids Coffee Field Spacing Corn Pests Dry beans pests Fertigation Foliar Fertilization Garlic pests and diseases Gypsum in Agriculture How soil characteristics affect irrigation HOW TO CORRECTLY COLLECT SOIL SAMPLES How to grow garlic Learn More About How To Grow Passion Fruit How To Grow Rapeseed How to grow soybean How to Get Rid Of The Sugarcane Borer Integrated Pest Management In Leaf Vegetables Key coffee pests Nuntrient Path: From Fertilizer To The Leaves Orchid Fertilizer Overwatering your crops Photoperiodism Relative Humidity Remote Sensing In Agricultural Soil characteristics and their relation with micronutrients availability Soybean pests and diseases Sub-irrigation in Greenhouses The Number One Disease Of Cash Crops Types of fertilization Using analyts and catholyte in agriculture Visual diagnosis of nutrient deficiency Ways of nitrogen fixation What You Need To Know About Dry Beans Wheat: Pests, Diseases and Disorders Using an app to use resources more efficiently Five things you must know about using urea fertilizers