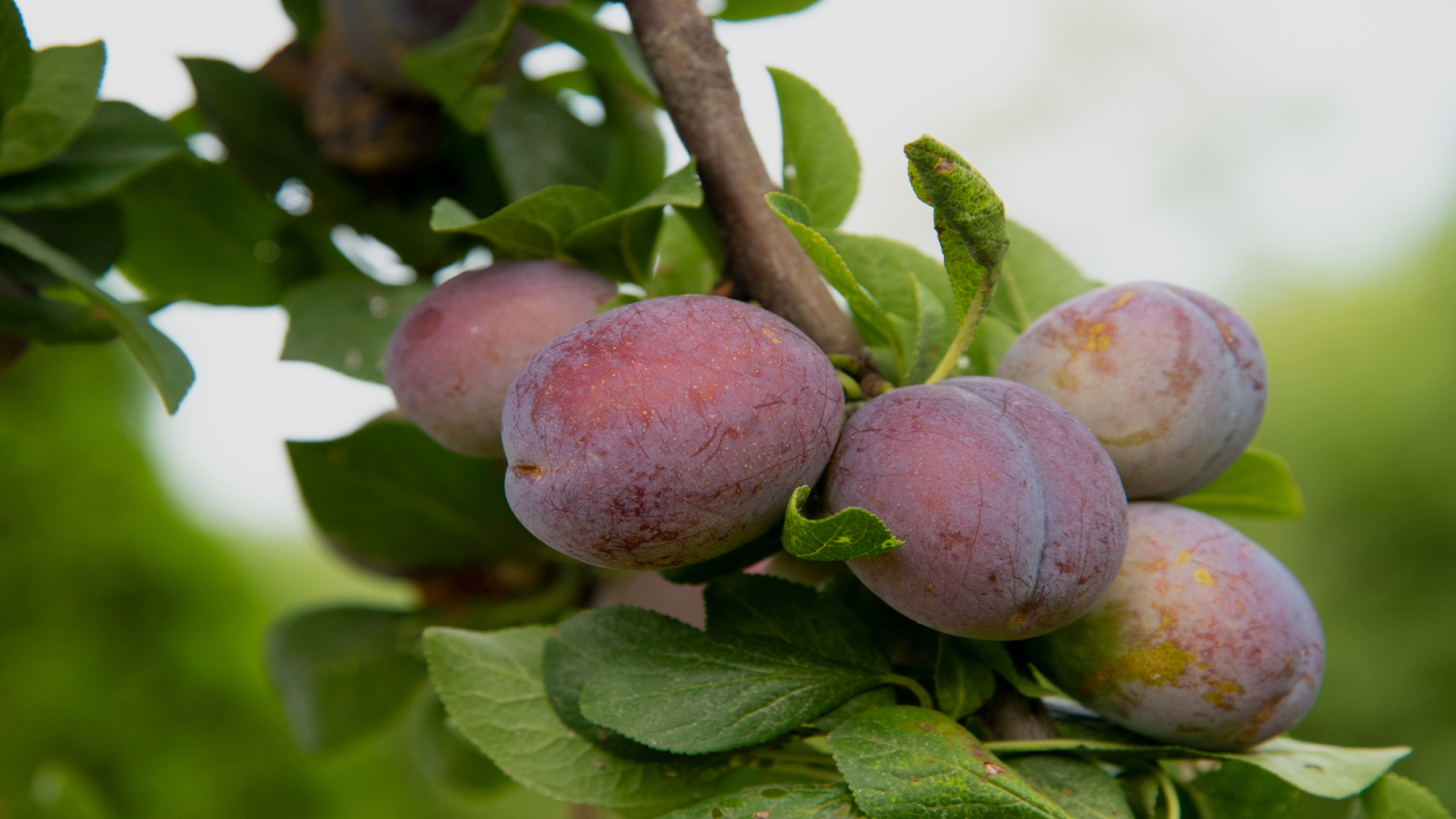 
Use the knowledge that farmers and scientists described before to maintain your plum plantation healthily and productive. You can find in this article the main pests and diseases you should be familiar with, in order to avoid their development in your plants. As we always mention, prevention is the most powerful tool, and knowing bout the principal harmful agents can considerably help you. 1. Which species are considered plums The variety in shape, colour and flavour of plums is quite wide, even if they are all mainly juicy and sweet. However, all type of plums belongs to the genus Prunus. As we mentioned in the article “How to grow plums”, this genus is part of the Rosaceae family, which is why plums share characteristics with many other fruit types. According to the Food and Agriculture Organization of the United Nations (FAO), the number of yields produced globally is constantly increasing year after year. The ~61% of the total production is from Asia, followed by Europe with ~26% and America with ~10%. These fruits are obtained from the plum trees, which are typically categorized into three groups, according to their origin as European, Japanese and American hybrid. But their category is not related to its growth location anymore, since European trees, for example, can be grown all across the US. They have different preferences being the European more adaptable to diverse environmental conditions, the Japanese hybrids prefer warm areas, and American plums can resist better low temperatures. 2. The most common pests and diseases Farmers have been dealing with pests and diseases in their plum crops constantly. Prevention is always the most powerful approach, and they developed a clever system also used for peach and other fruits. In order to maintain the fruits in good conditions, they are protected from insect and disease pests by paper bags that allow the light and airflow needed, but not the interaction of harmful specimens. However, not only the fruits are attacked directly but other structures in the tree. Let´s see some of them in the following sections.
2.1. Roots’ pests Of course, the root is an essential part of any plant. That is why the attack of any factor that damages its structure will cause significant damage not only in the development of the fruits but also of the entire tree.

There are two main diseases described, directly related to this organ in plum fields: armillaria crown and cotton root rot. Both diseases are caused by a fungus (Armillaria and Phymatotricum, respectively) that attacks not only the roots but also the woody air tissue (trunk and mature branches). It will be essential to keep the base of the trees controlled since at the beginning of the development of this disease, the presence of the fungus can be discovered with the naked eye and prevent it from continuing to infect. Otherwise, a quick and sudden death of the entire tree will occur. 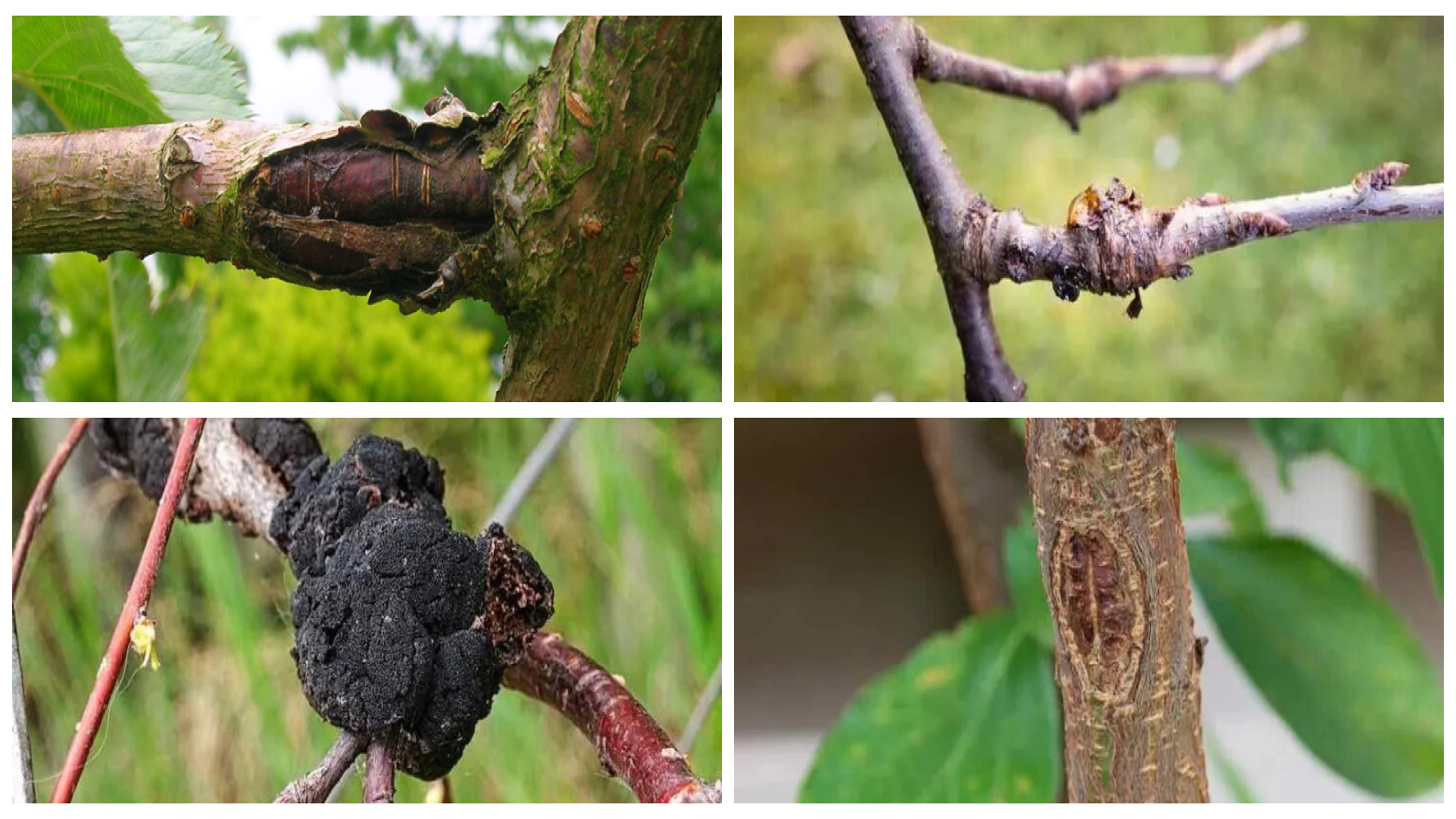 2.2. Fruit pests Many more pests and diseases are described affecting the plum fruits.

• Brown rot. It has been described by experts as the most destructive disease of plums and peach. It is caused by the fungus Monilinia fructicola that infects flowers, shoots and fruits before and after harvest. As the common name suggests, distasteful brown areas will be seen on contaminated fruit. Due to water loss, the fruits tend to wrinkle, which is why they are described as mummies, and become a source of spores that will infect surrounding fruits.

• Plum pockets. The disease commonly known as plum pockets is caused by the fungus Taphrina. The most remarkable symptoms are observed in the fruits, however, keep in mind that this fungus also infects leaves and shoots, which will sometimes appear crooked or curled. The fruits, however, considerably increase in size, even ten times larger than expected in their stage of development. In turn, they wrinkle and deform, leaving their pulp unusable for human consumption. Once dry, they will present a dark colour to black, hence it is known as plum bags. Nowadays, there are resistant plum plants, which is a great advantage for farmers who are thinking about starting a plantation.

• Plum curculio. In relation to insects, Conotrachelus nenuphar, is one of the most harmful for plums and peaches. These small weevils deposit their larvae on the fruits when they are still young. Females make crescent-shaped indentations in the fruits to insert their eggs. Their larvae, which are whitish worms, will feed on the pulp of the fruit, sometimes going unnoticed by the farmer. Although in a large number of cases, the fruit will abort its development when it is attacked. Getting rid of the adults before they start their reproductive stage would be the most effective solution

• Bacterial spot: Bacteria can also be a problem for your plum crop. Specifically Xanthomonas arboricola pv. pruni (XAP) is a good example. This bacteria infects fruits, and also stems and leaves, creating spots that are visible to the naked eye. The lesions that can be observed are rounded in shape but can also be irregular, described as "shot holes". In the fruits, it is easily observed how this spot ends up sinking slightly. To avoid this infection in new plantings, the use of resistant varieties can also be considered. 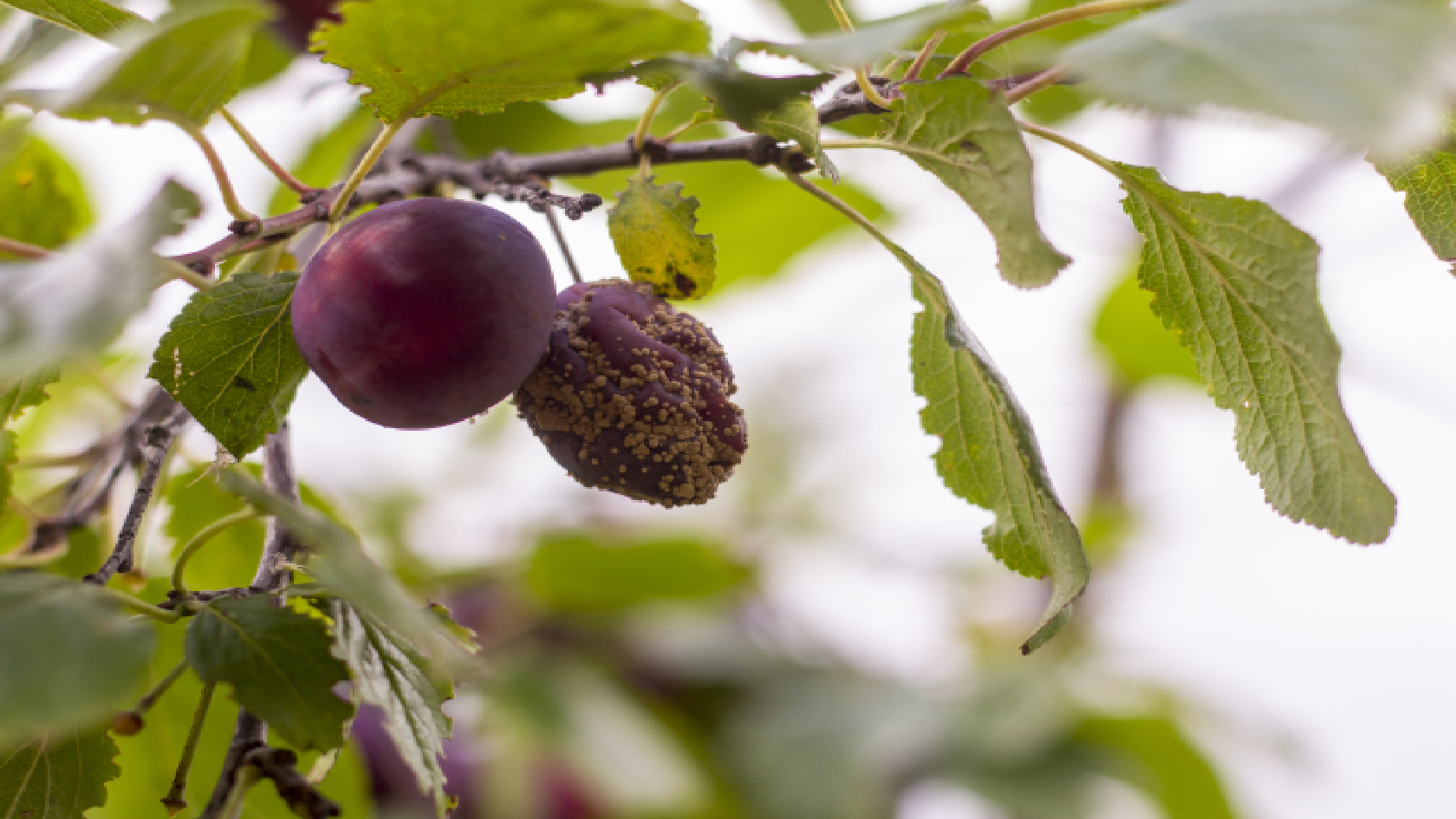 3. A general overview We summarised some of the most important agents that may damage your plum culture. However, in i-Plant Nutrition, you can always count on the knowledge of our experts and community to discuss your specific problem. Do not hesitate to leave images and comments about your crop to obtain the best advice.