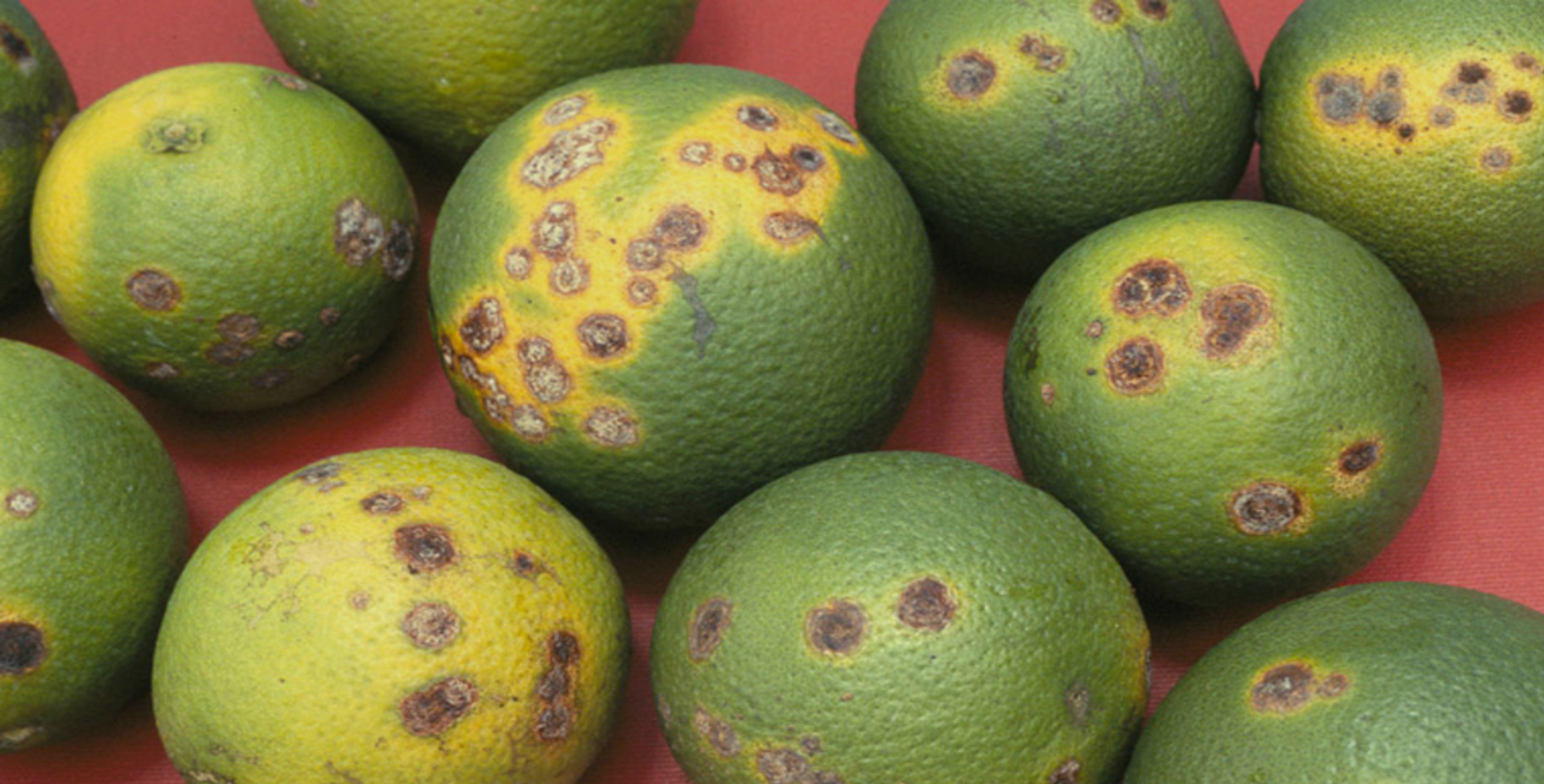 
Keeping plants healthy is essential for them to perform well and be profitable. From i-Plant Nutrition, we understand the importance of knowing possible diseases in order to detect and stop them. Discover in this article some of the ones we know about citrus. 1. WHICH SPECIES ARE CONSIDERED CITRUS According to the Food and Agriculture Organization of the United Nations (FAO) the main citrus fruits are oranges, tangerines, lemons, limes and grapefruit. They all share characteristics that make them suitable to host certain insects and fungi that cause serious disorders in plant development. The fact of suffering some of this causes not only punctual damage, but it can lead to great losses of productivity, significantly decreasing the yield. The principal way to prevent it is to know well what are those agents to avoid creating a favourable environment for them to develop in your crop. 2. The most common pests, diseases and disorders Due to climate change and also the advanced tools that are constantly developed for scientific research, new adverse agents can be found every year. However, you can find here the most common ones we know so far and how they affect the citrus plants according to the location of their action. 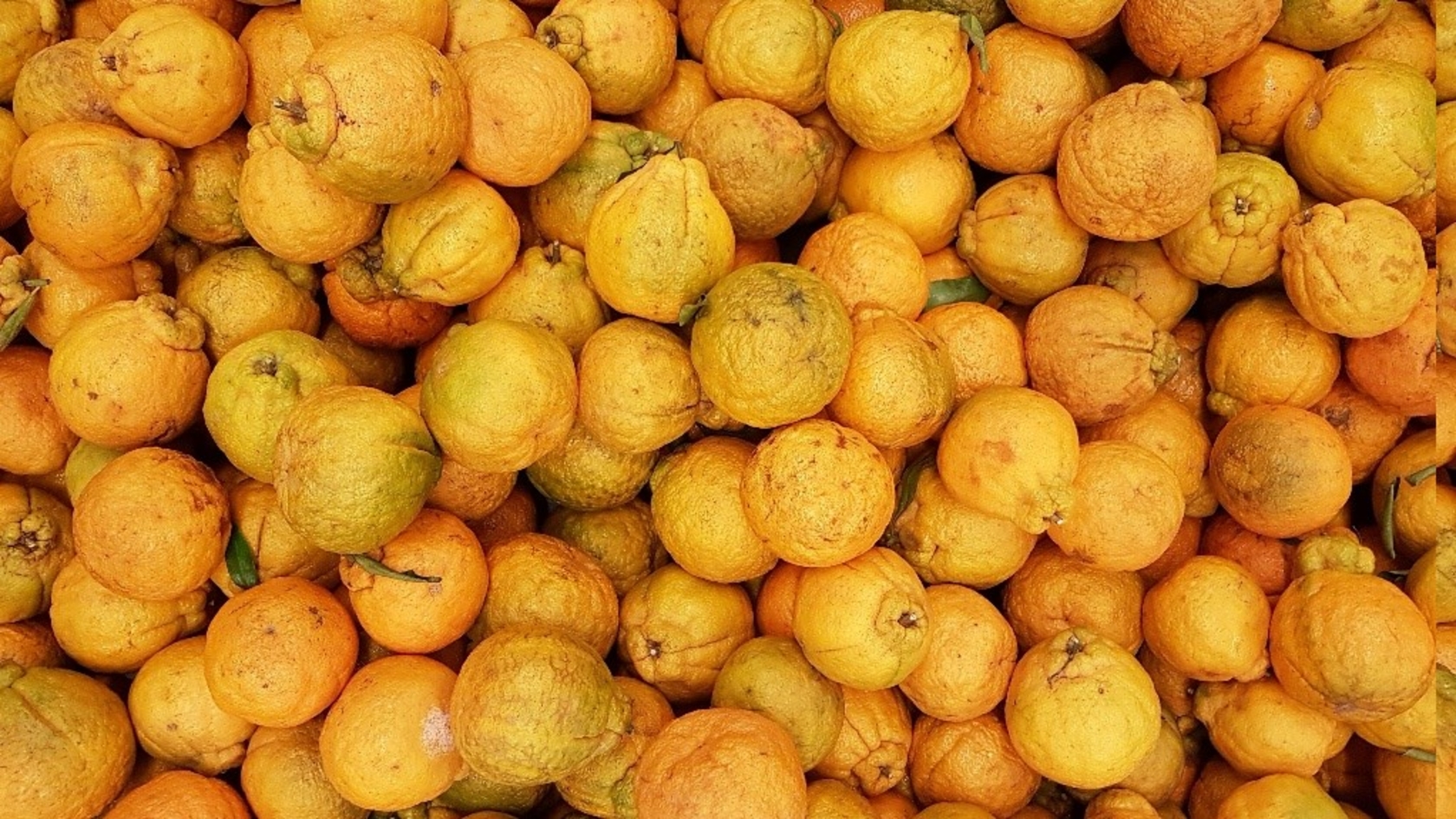 2.1. Seeds, seedlings and roots’ pests Pests affecting the seeds and seedlings are not a big deal for farmers in this kind of crop. That is because in most cases you will start your plantation with around one-year-old plants already grown in a plant nursery. Farmers do that due to the low or even zero fruit production that these species have for the early period of their life cycle.

However, the root of the citrus trees can be dramatically damaged by fungus when the soil is too wet or larva insects use this plant structure for reproduction. One of the most important ones is phytophthora diseases caused by the fungus Phytophthora spp. That causes disease in all parts of the tree but especially it rots the root and the tree foot, which subsequently causes damage in all plant and causes an estimated yield reduction of 3-6% per year.

Some insects can also be very harmful. For example, diapers root weevil (DRW) causes in the USA the major pest in citrus, hosting the plant and feeding on the roots for several months of its lifecycle.

The last roots´ aggressor in these top three is the bacteria Candidatus Liberibacter spp. That causes a common disease in citrus called Huanglongbing (HLB). This causes a greening of the fruits easily recognizable to the naked eye. Keep an eye on this, and remember that in these cases, the problem needs to be addressed at the root of the plant. 2.2. Pests that will scratch, gall or suck In this kind, the most described insect is Musgraveia sulciventris, known as “the bronze orange bug” or the “stink bug”. This insect affects not only the young stems but also the flowers, which hinders or prevents the correct fruiting of the plant.

On the other hand, Bruchophagus fellis causes huge galls in citrus plants. This insect has a common name quite straightforward: “the gall wasp” and affects mainly on citrus stems. The female lays her eggs inside the branch and, at the beginning of the warmer months of the year, the next wasp generation escapes from the swollen growth areas in the plant. It leaves the branch deformed and can inhibit the normal growth of the plant when it has several attacks simultaneously. 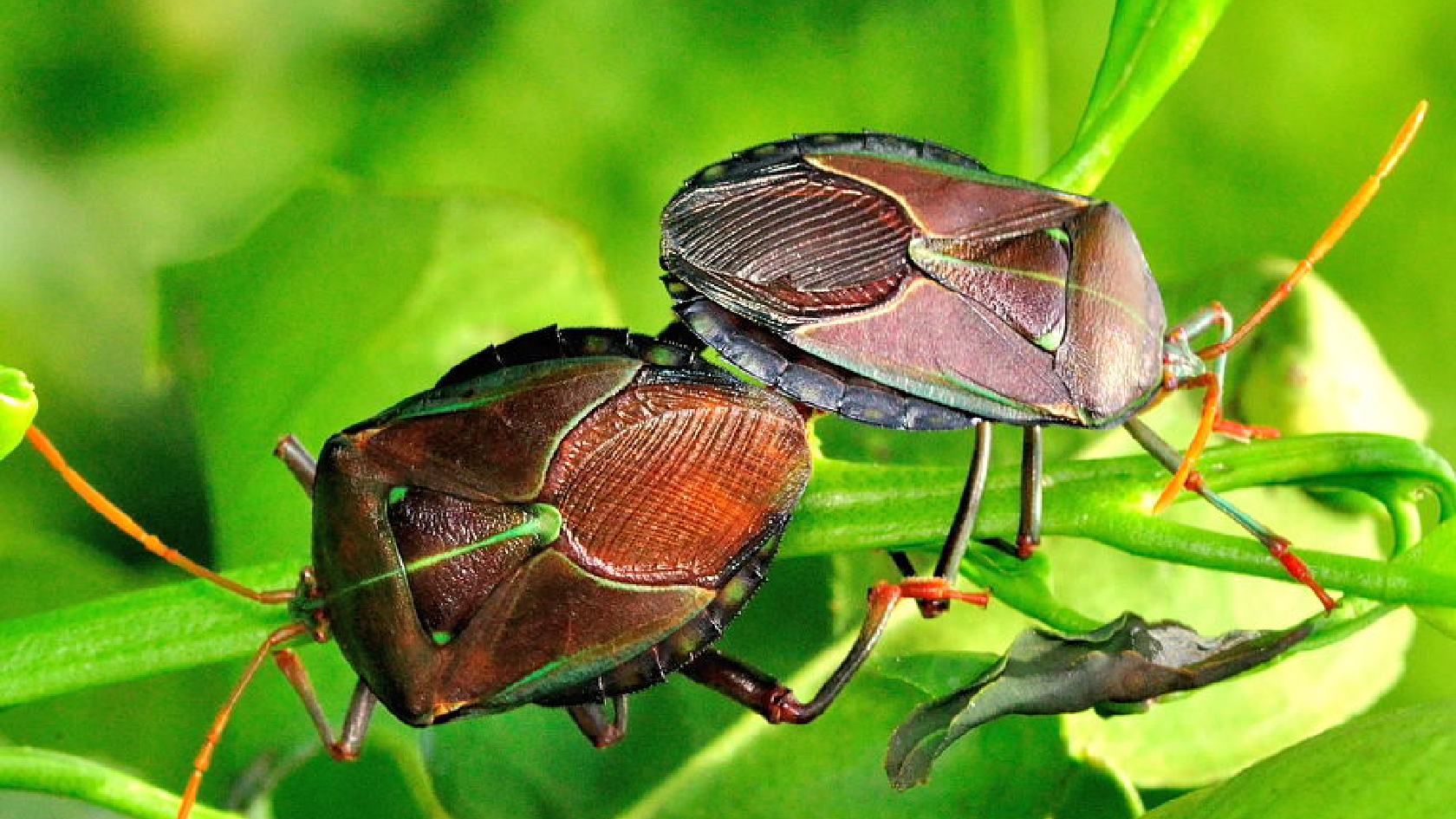 2.3. Fruit pests In this section, we are going to highlight two important pests: the fruit fly and the melanoses.

If your crop is infected by the fruit fly, you will see it appear in its adult form in the warmer months of the year. How does this fly affect the fruits? The problem is that the female lays her eggs under the skin of the fruit. This means that, when the larvae hatch, they directly damage the fruit and can favor the attack of other agents that penetrate through the exit hole, leading the fruit to its total rot. As it is one of the most common insects in this crop, there are various monitoring and control modes. For example, the attraction of males in order to stop the reproductive cycle and therefore avoid the laying of eggs. 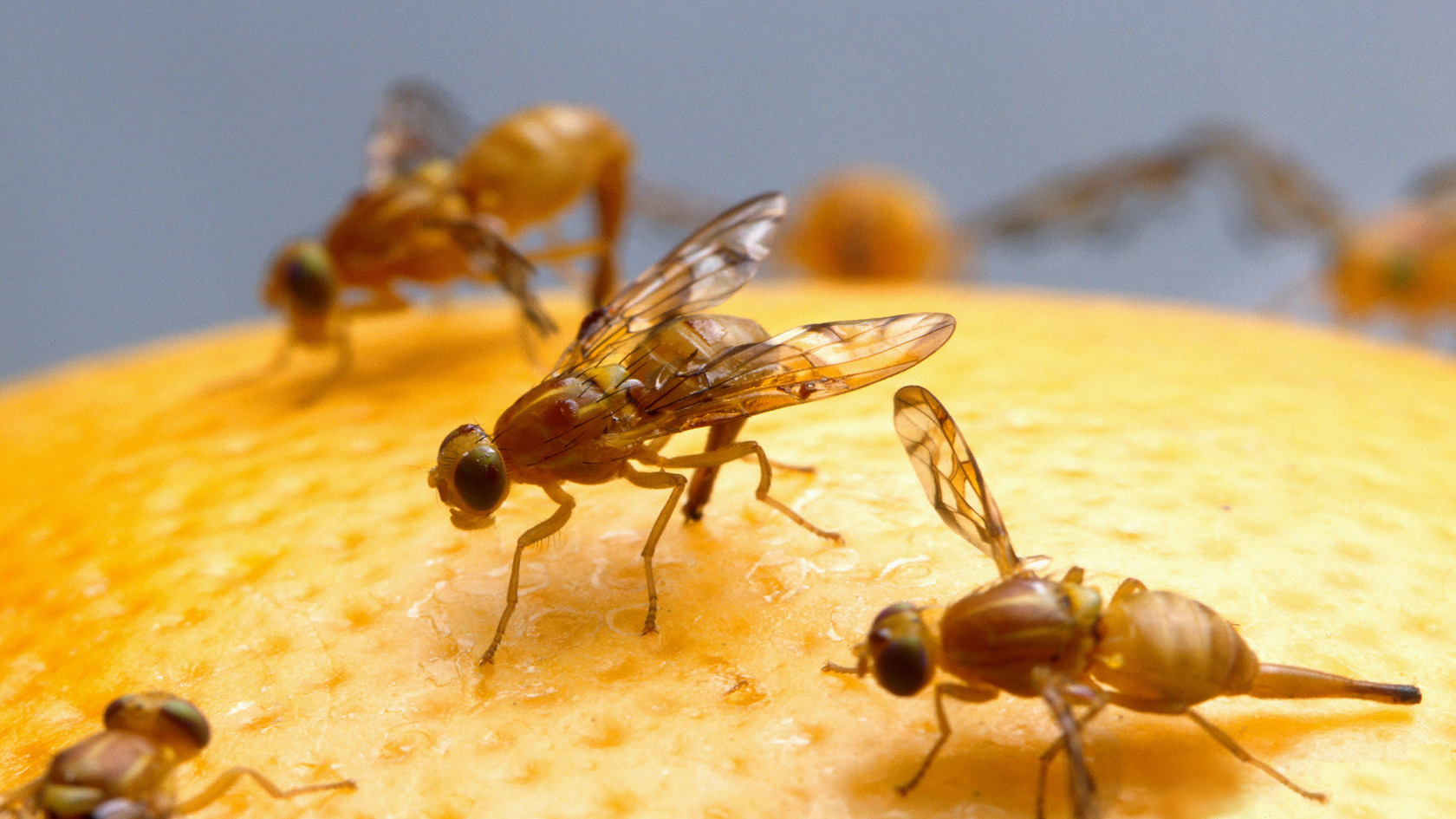 
On the other hand, fungi are also prone to attack these plants, especially when the environmental humidity is very high. An example would be the melanoses caused by the fungus Diaporthe citri. We can detect the presence of Diaporthe citri in the crop as it causes the appearance of brown spots on leaves, branches and immature fruits. If it is not treated in time, and the fungus develops abundantly and for a long period, this can cause disfigurement in the fruit, which makes it difficult or impossible to sell it later. It is very important, in the case of all infecting fungi, to try to eradicate the spores and block the development of the fungus immediately as soon as it is detected. 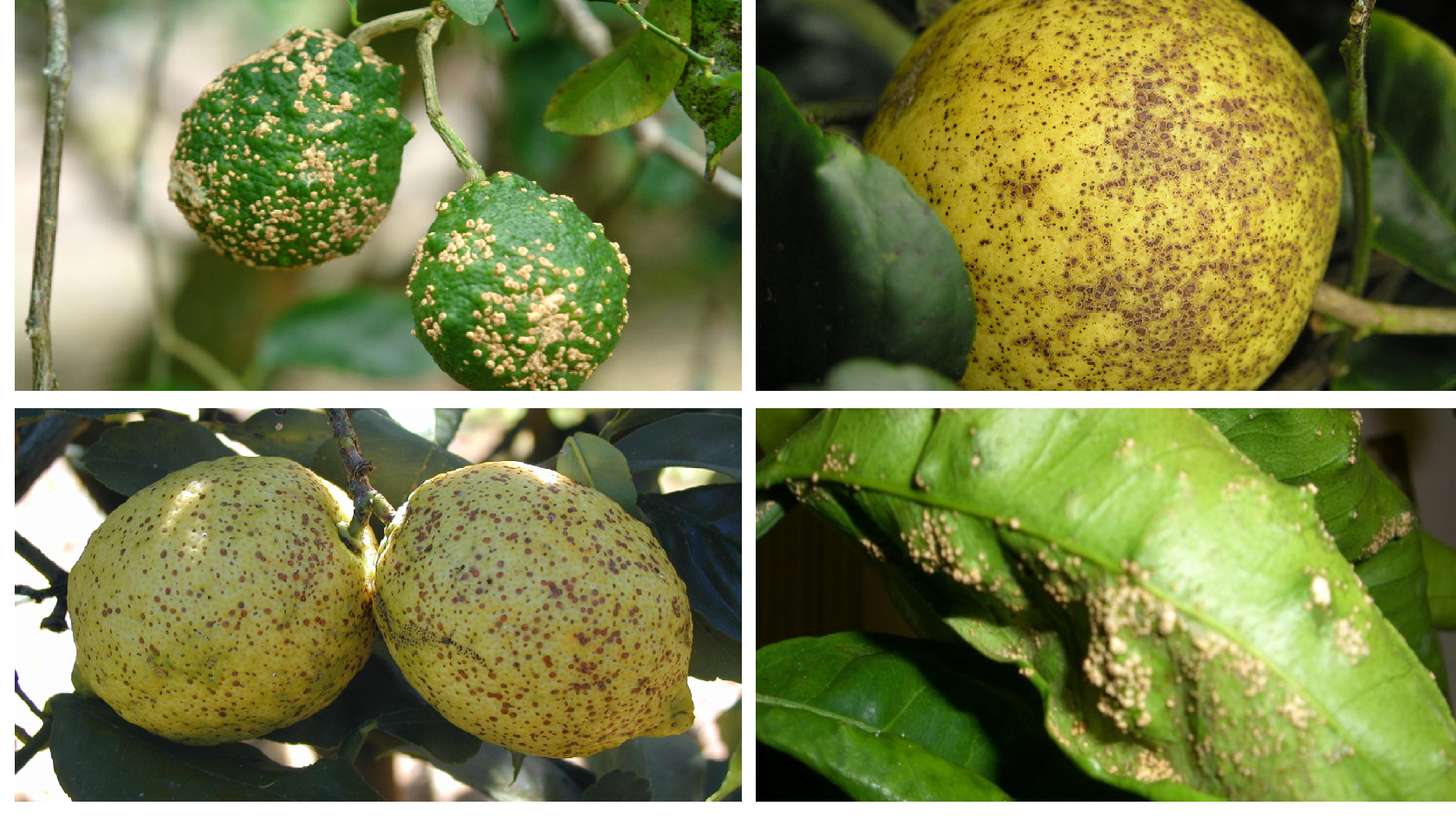 3. A general overview In this article, we described some of the diseases you could find in your crop, but hopefully, knowing about their existence you can avoid their influence on your plants. To conclude, we let you here the list of diseases for you to deeply investigate. According to the Statewide Integrated Pest Management Program provided by the University of California, the most common diseases are Armillaria root rot, Bacterial blast, Citrus nematode, Dothiorella blight, Phytophthora gummosis, Phytophthora root rot and Sooty mold. There are seven exotic, occasional, uncommon or rare diseases: Citrus canker (Bacterial canker), Citrus greening, Antharacnose, Botrytis rot, Exocortis, Stubborn disease and Tristeza complex. In addition, they describe some abiotic and genetic disorders like chimera, frost, growth regulator injury, hail damage, mesophyll collapse, mineral deficiencies and toxicities, phytotoxicity, sunburn and wind damage. From i-Plant Nutrition, we hope we can help you with those or any other inconveniences that you have in your citrus cultivation.
Latest articles How to grow melon Types of irrigation systems Genetic improvement of tomato plants The importance of fallow periods for soybeans How to grow oranges How to grow plums How to grow lemons How to grow strawberries How to grow raspberries Climate change impacts on global agriculture Citrus pests, diseases and disorders berries pests, diseases and disorders Plums pests and diseases Leaf vegetable pests and diseases Dealing with gray mold What to consider when writing an agricultural prescription